Porto:  Chelsea’s resurgence this season had his cherry on the top as they beat Manchester City 1-0 in the final of UEFA Champions League in Porto on Saturday (May 29). A solitary first half strike by Kai Havertz at the Estádio do Dragão was enough to seal the deal as the Blues secured their second Champions League title. Thomas Tuchel completely revamped the side’s mentality who were struggling in the league, joining them mid-season and with excellent man-management, he has been able to achieve the feat quite astonishingly. Him and Thiago Silva both managed to write off their disappointment of last year of losing in final.

Chelsea’s approach to the game was quite clear, make City players work hard finding time and space which they did well. Ngolo Kante and Jorginho slammed the door for Phil Foden while Ben Chilwell struck with Riyad Mahrez all the time. City though created chances through Raheem Sterling but Reece James managed to pocket the winger in majority of the game. Pep Guardiola’s despite seeing much of the ball were unable create something in and around the final third. The Blues scored in the  42nd minute as Mason Mount arrowed a through ball for Havertz and German showed excellent composure going in behind the defensive before rounding goalkeeper Ederson for the finish.

Absence of a proper defensive midfielder proved a key reason for City’s failure as Blues kept finding their feet on the counters. Chelsea in the later part of the game kept it tight at the back with Antonio Rudiger sweeping the dangers off. City’s relentless trying went in vain in front of the spirit of Chelsea who saw through the game till the final whistle to lift the trophy. 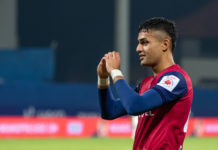 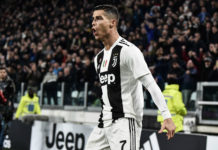 I can’t promise you 20 more years as a player: Cristiano... 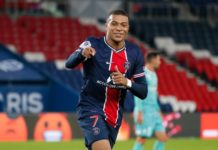