Manchester: Teen superstar Jadon Sancho is all likely to don the Manchester United shirt after the Borussia Dortmund have reportedly agreed an initial transfer fee. The English international has been the top target for United this summer and hope to bring 20-year-old to Old Trafford in time for pre-season preparations. But Dortmund had been resolute on a £109 million upfront fee for the star.

The Red Devils and Dortmund appeared to be at a stalemate regarding the valuation of Sancho, though an initial fee has now been struck, according to the Independent. Reports suggest that Dortmund are thought to now be happy to take an initial £60 million payment for the player, with a string of added on clauses which could eventually sky-rocket the deal.

The Bundesliga giants appeared resolute in demanding £100 million for the youngster, but the new deal is said to better suit United while appeasing both parties. Sancho, who was a member of the England side that won the FIFA U-17 World Cup in India in 2017, is currently away on holiday, following a long yet personally successful season with Dortmund – in which Sancho scored 17 Bundesliga goals and provided a highly impressive 17 assists in 32 matches.

Sancho moved to Dortmund in 2017 from Manchester City, possibly as a replacement for Ousmane Dembele and was handed the No.7 jersey. While most of the top European clubs were affected by the COVID-19 pandemic financially, Manchester United remained focused on their target.

According to reports, Dortmund have already started looking for a replacement for Sancho and is expected to turn to Memphis Depay after the former United player has rebuilt his reputation at Lyon since leaving Old Trafford, and emerged as a key figure for the Holland national team. 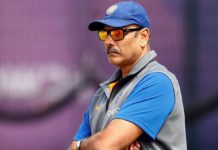 Ravi Shastri tests COVID-19 positive; in isolation with three others 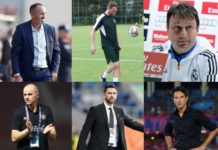 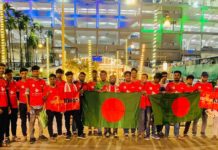