Barcelona: Lionel Messi has smacked his disgust with an arrow of words about the shocking departure of team-mate and Barcelona forward Luis Suarez as he hailed him “one of the most important players in club history” and saying that the striker “deserved a farewell”.

The 2019-20 campaign ended in a frustrating manner when Barcelona were handed a 8-2 hammering by Bayern Munich which popped up signs even for the Argentine magician that he wanted to exit the club. But things changed when the club announced that it was his teammate Suarez who was to be axed from Camp Nou with the 33 year old Uruguayan striker making move to Atletico Madrid after six trophy laided seasons.

Days after newly appointed manager Ronald Koeman took over, he decided to not involve Luis in his plans, Messi posted an emotional message about his teammate on Instagram showing respect while speaking out his disgust about the decision, “I had already begun to imagine it but today I went into the dressing room and it truly dawned on me. It’s going to be so difficult to not continue to share every day with you both on the pitches and away from them.

“We’re going to miss you so much. We spent many years together, many mates, many lunches and many dinners. So many things we will never forget, all the time we spent together.It will be strange to see you in another shirt and much more to come up against you on the pitch. You deserved a farewell that fit with who you are: one of the most important players in the history of the club. Someone who achieved great things for the team and on an individual level.”

The 33year old Uruguyan international coupled with Messi created some loads of scores adding trophies to the cabinet during his time at the club and after 198 goals he bid farewell to the Blaugranas. While many nodded for the club’s decision, Messi, as always very open and humble about his feelings confronted what he thought about all of this.

Manchester United’s Edinson Cavani hoping to do justice to iconic No.7... 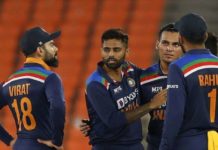 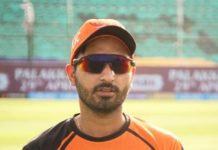 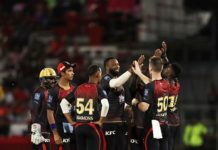