Goa: FC Goa have begun their training ahead of their upcoming 2020-21 season. Assistant coach Clifford Miranda is in charge of the squad as the Gaurs are looking to making their debut in the all-important AFC Champions League.

The pre-season training has started with the majority of Indian players with Lenny Rodriguez and Ishan Pandita being the only exception due to the ongoing quarantine period as per the rules.

The real hustle starts when you raise your tempo every day! 😎#ForcaGoa #MondayMotivation pic.twitter.com/znhZYKGUM0

“This has been a long and unusual off-season for us all. It’s been tough for us all. Now to get back on to the ground and start doing the things that we love, I am thrilled,” stated Miranda.

“This preseason will be crucial like every other. But the circumstances through which we have gone through and to come this far, this feels like an achievement. I would like to thank all the frontline workers for what they have done these past few months. We are here today because of their efforts.

“It’s unusual this season because we are used to seeing fans throng the ground for our first practice session of the season. For now, I would like to tell them that we know that you have us in your hearts and we yearn as much as you to do this together. However, for now, we need to maintain protocol so that we come out safe from this pandemic which is still out there and deadly as ever. Keep cheering for us.” explained Lenny about the situation.

The initial days saw the players returning to their fitness regimes as a result of a long of the season along with the current pandemic situation with an emphasis on work both on the training ground and in the gym to make sure the players become ready for the season.

Head coach Juan Ferrando and his staff for session plans, updates and feedback alongside the department of transport and logistics for the international contingent in which the club is quite active for the past days to make sure to accumulate the entire squad as soon as possible.

Ajinkya Rahane claims ”someone else took credit” of his decisions in...

EPL 2021-22: Tottenham Hotspur bounce back with a victory against Everton 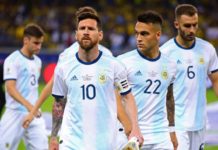 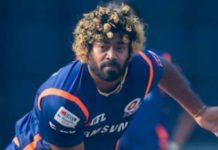 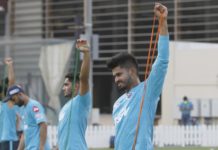