Valencia : Barcelona scored a trio of goals in the second-half goals to a 3-2 win over Valencia in La Liga on Monday (April 3) after trailing, to keep title hopes alive for Ronald Koeman’s team.

Valencia’s Gabriel scored on 50 minutes gave his team a edge over Barca , as they tried to keep pace with leaders Atletico Madrid, but a brace from Lionel Messi and a goal from Antoine Griezmann goal earned Barca all three points.

Carlos Soler tried to challenge the visitors as he scored a brilliant goal for Valencia from outside the area as full-time approached, but Barcelona were able to see out the victory.

“We know that we won’t have any easy games until the end of the season but we got the job done after the unexpected defeat to Granada. We competed today and are going to keep competing,” said  Gerard Pique.

The result put Barca on 74 points, good enough for second place in La Liga ahead of Real on goal difference and two behind first-placed Atletico.

Barcelona will play Atletico in a crunch do or die, and potentially title-deciding, fixture on May 8.

Will be watching everything very keenly as the mentor of the... 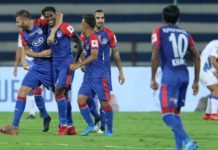 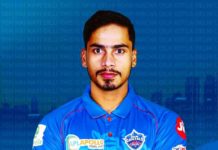