Adelaide: India skipper Virat Kohli managed to fractionally close the gap on Australia’s Steve Smith at the top of the ICC Men’s Test Batting Rankings from 25 points to 13 points, despite the defeat in the first Test on Saturday (December 19).

Kohli’s first innings of 74 enabled him to gain two points, whereas Smith’s 1 & 1* lost him 10 points in the table. In the latest rankings announced by the ICC on Sunday (December 20), Smith has 901 points while Kohli has 888.

Marnus Labuschagne’s innings of 47 and 6 in such a low-scoring match have pushed him to a career-best 839 points. Whereas, Australia captain Tim Paine’s player of the match innings of 73 not out has lifted him with a career-best of 33rd place with 592 points.

With the ball, Pat Cummins took seven wickets in the match to gain six points and move from 904 to 910, which is a comfortable lead over Stuart Broad (845) in second place. Australian pacer, Josh Hazelwood’s astonishing figures of 5/8 in India’s second innings helped him gain four spots and move back into the top five with 805 points, the first time since March 2018.

With four wickets in Australia’s first innings, India’s R Ashwin has overtaken Jasprit Bumrah as India’s top-ranked bowler, currently in ninth place. India stumbled to an eight-wicket loss against Australia on Saturday in the first Test of the four-match series.

On the third day of the match, India was bundled out for 36 in the second innings and Australia was given a mediocre target of 90 runs to go 1-0 ahead. Australia chased down the total comfortably inside 21 overs with eight wickets in hand.

India and Australia will face off again in the Boxing Day Test at the Melbourne Cricket Ground from December 26-30. Also, Kohli will not be there for the remaining three Tests as he will fly back home for the paternity leave as earlier granted by the BCCI. 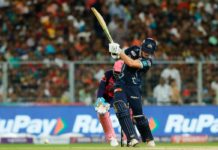 Mumbai Indians jump to top spot after 10 wicket win over... 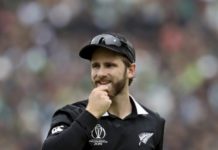 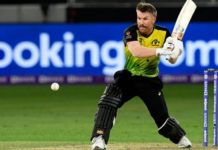 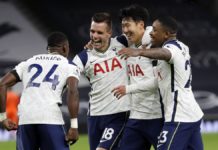 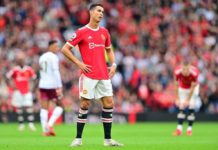 IND vs WI: Will try to give to my best while...