Manchester: Manchester City have signed Dutch forward Nathan Ake on Wednesday with a romping fee of £43 million. He was part of the relegated side Bournemouth, last season. So the question arises, is it a smart move?

City struggled last season with their defence. It might be true that they scored 102 goals in the whole campaign, but also conceded 35 goals this season. On the contrary, in their last two seasons where they were crowned as the Champions, City conceded 23 and 27 goals respectively. This shows that the defence hasn’t been up to the mark this season. So signing up a defender was a primary work to do for Pep Guardiola, as he had to shape up his backline.

Only Walker and Laporte have been up to the mark and others like Cancelo and Mendy had injury concerns every season. Danilo has already left the club for Juventus and Anjelino has been a bench warmer, not a regular to the Pep system.

English defender John Stones who used to fit in Pep’s system has missed quite a few matches last season due to injury concerns making the boss restless to sign a new central defender. As age has been a concern for the Argentinean veteran Nicolas Otamendi, his tackles and interceptions have dropped last season drastically, thus making Pep concerned about his defence. Even he had to feature Fernandinho in defence.

Rumour says that Pep is also interested in signing Senegalese defender Kalidou Koulibaly from Napoli. He has been heavily linked with the top tier sides for the last few seasons. Let’s see time will tell how Pep shapes up his defence this season. 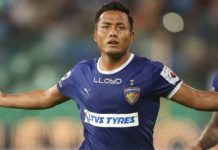 It’s a privilege to have Buttler in England squad, says Morgan 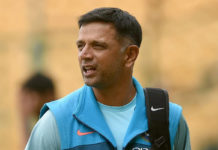