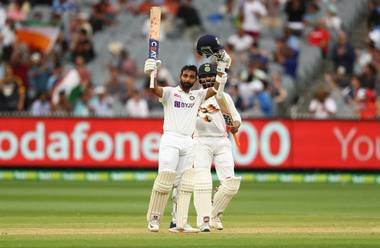 Melbourne: A century from Ajinkya Rahane and a hundred partnership with Ravindra Jadeja for the sixth wicket took India to a position of strength on Day -2 of the Boxing Day Test in Melbourne on Sunday (December 27).

India’s lead swelled to 82 as rain brought early close of play at the MCG after an unbroken 104-run partnership between Rahane and Jadeja put the visitors in the driving seat. Rahane completed an eighth Test century away from home and his first as skipper after benefitting from a dropped chance by Steve Smith in the first over after the second new ball was taken.

On 73 then, Rahane and Jadeja piled on Australia’s agony, scoring 42 runs in the first 10 overs after the second new ball. The brisk scoring rate made Australia’s work harder as India ascended to a dominant position. The all-rounder, who had effectively replaced Virat Kohli in the playing XI, looked quite solid at the crease after taking his time to settle in.

From 64/3 at one point in the day, the unbeaten partnership gave India a solid grip on the game. The lead pushing close to triple figures should also give them confidence as they walk out on day three.

Earlier, Shubman Gill rode his luck on debut as Australia dropped a couple of chances in the morning session. Gill raced into the forties, but couldn’t convert his maiden Test innings to a half-century as Pat Cummins forced an outside edge to the wicket-keeper, dismissing the batsman on 45.

One brought another as Cheteshwar Pujara, who had settled down into his groove after having faced quite a few deliveries, nicked Cummins to Paine in the pacer’s next over. The two wickets in quick succession pegged the hosts back, especially with Cummins finding the perfect line and length for the surface.

Any doubts about a collapse similar to Adelaide were dispelled soon as Rahane and Hanuma Vihari batted solidly. They drove India to lunch with the team at 90/3, a position that they strengthened further after the break.

The half-century stand between the two gave India’s post-lunch session a good start. While Rahane was solid and composed, Vihari bid his time despite starting off with a nonchalant flick off his pads. The partnership seemed to be gaining force and Rahane had also settled down into his groove by then. Even when Vihari fell to Nathan Lyon, looking to sweep him and finding a top-edge, Rishabh Pant stepped in seamlessly to ease worries.

Another dominant day of Test cricket for #TeamIndia.

It was a day that is undoubtedly headlined by Captain @ajinkyarahane88, whose century (104* off 200) will go down as one of the best by an Indian captain on foreign soil.#TeamIndia 277/5 (Rahane 104*, Jadeja 40*) pic.twitter.com/zwuHWWHYjP

Pant raced into the 20s at run-a-ball with Rahane growing in confidence at the other end. When Pant was caught behind off Mitchell Starc, giving him his 250th Test wicket and wicket-keeper Tim Paine his 150th dismissal, India had closed in on Australia’s first innings total. While that stand didn’t quite translate into the partnership India were hoping for, Jadeja’s entry and the subsequent partnership between him and the skipper made it India’s day. 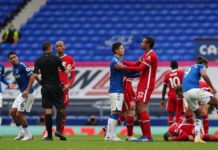 Premier League : Merseyside Derby ends with VAR drama; with a... 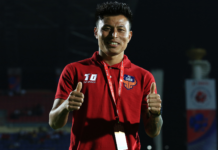 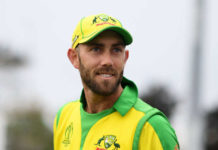 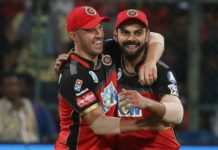