The second-highest goal scorer by an Indian in the I-League 2018-19 season, Phrangki Buam is already a star in his native Shillong. To add more to that cap, the 19-year-old will have all eyes on him, when he makes his Indian Super League debut for FC Goa in the 2020-21 season.

Goa, known for their ability to find, nurture and mold youth prodigies have certainly found a player with great qualities. Hailing from Meghalaya, the teenager is among a long list of great players from the northeast region.

A winner of the Meghalaya State League and Shillong Premier League with Shillong Lajong FC in the 2019-20 season and the team’s highest goal scorer with 24 goals in both tournaments, Sportslight Media caught up with the man himself in an exclusive interaction. Excerpts…

SLM: How do you feel about your debut season in ISL with FC Goa?

I’m very excited about my debut in the ISL and I can’t wait for the season to start.

SLM: What was the first thing you liked about FC Goa?

I like their playing style, the fans, and the place. Since the very beginning of the ISL, I have always admired FC Goa. This is like my dream come true; to play with one of the best clubs in India. We will also be playing in the AFC Champions League, that was another motivation. My career, though, is just starting and I feel this is where I will get the best opportunity to improve and show my talent.

SLM: What are your expectations from this season with FC Goa?

I expect to push myself to do my best. I hope to impress with my abilities and hopefully get some playing time under my belt. I want to do well in every match I play and ultimately, help the team to win.

SLM: How much influence did you get from the former players in the Northeast region in your career?

They have, of course, been great influences on me. They have paved the way and showed that if you put in some really hard work and keep challenging yourself to be better every day, the sky is the limit.

Waking up with the feeling ‘I am a Gaur now’ is incredible. It is an absolute honour for me to join the FC Goa family. I am happy, excited, and really looking forward to my future as a Gaur. I know this is just the beginning and there is a long way to go. I can’t wait to get started and give my all as a Gaur for my fellow Gaurs. Forca Goa! #ForcaGoa #Repost @fcgoaofficial • • • • • • India “I am really looking forward to my future as a Gaur.” 🤩 The club is delighted to announce the arrival of @phrangki_buam on a three-year deal! 💪🏻 Visit our story to read more about the signing. #ForcaGoa #WeGotPhrangki

SLM: Jackichand Singh had been with this team for the last two seasons. How tough will be filling his shoes for you?

Jacki bhai has been one of the inspiration for players like me. He has also been one to shine in Shillong Premier League and subsequently made his name in the national circuit and made it to the Indian national team. That’s something I want to do as well. However, I don’t really feel I have the job to fill his or anyone’s boot. He was good during his time with the club and I would like to replicate the same – but I have to be myself. Secondly, we don’t play the same position and have different strengths and weaknesses. Thus, I don’t fee there is real pressure on me in that regard.

SLM: What was your first memory of football?

My first memory in football would be the first tournament that I had played. It was a U-12 tournament, and I remember scoring my first free-kick in a football tournament in one of the games.

SLM: Growing up who was your favourite footballing icon?

SLM: What was your first footballing achievement?

My first football achievement was in 2013. I received the “Most Promising Player of the Tournament” from the Meghalaya Football Players Association in the U-16 category. We were the champions of that tournament as well.

SLM: What kind of a player on the field do you consider yourself?

I am an attacking player who likes to take the initiative on the pitch. I like to really take the game to the opposition and like to play good, passing football. In terms of the player I like to base myself on, it would be Luka Modric.

SLM: Where do you see yourself in the next 4-5 years of time?

I see myself in the next 4-5 years representing the Indian National Football Team. 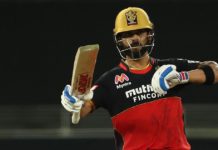 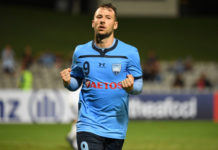 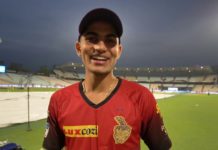 Pandemic has been really hard, but Vijaykumar draws inspriation from the...