Villarreal : FC Barcelona grab three points from an away win 2-1 against Villarreal at the Estadio de La Cerámica on Sunday (April 25). Barça played a brilliant first half despite trailing from very early on the game, but an Antoine Griezmann brace gave them the lead and the Blaugrana survived a tough second half to stay in the fight for the league.

Óscar Mingueza played a great ball over the top and Antoine Griezmann lobbed Asenjo for the equalizer, just within 90 seconds of conceding. Seven minutes later Juan Foyth tried a back pass but gave Griezmann a golden chance and the Frenchman capitalised on it and completed his brace and also gave his team the lead.

Villarreal did not yet give up and in the second half pressed higher and attacked their opposition’s goal and created some threatening scenes but to vain. Manu Trigueros was shown a straight for a harsh challenge on Lionel Messi and Barça heaved a sigh of relief as their opposition were rendered 10 men and looked tired in the last 15 minutes.

On the other hand, table toppers Atletico Madrid lost points yet again when they were beaten by Athletic Bilbao by 2-1 score line. Not even the return of Luis Suárez and João Félix was enough for Diego Simeone’s team as Álex Berenguer opened the scoring for the home team.

Atlético equalized with a header by Stefan Savic off a corner kick on 77 minutes, but Iñigo Martínez’s header on 86 minutes sealed the victory for Bilbao. Defending champion Real Madrid was held 0-0 by Real Betis on Saturday( April 24) yet sit second in the table and remains in contention besides Sevilla and FC Barcelona. 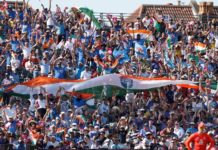 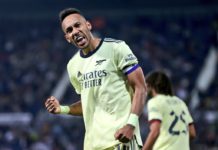 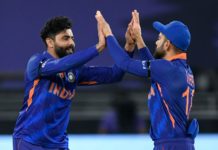 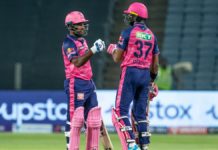