Kolkata: Winning trot continues for Bengaluru FC as the Blues triumph over Indian Air Force in the 131st Durand Cup.

Roy Krishan scores the opener in the 9th minute, while talisman Sunil Chhetri put the tally to two in the 23rd minute. Faisal Ali scored in the 71st minute followed by younster Siva Shakti’s strike in the opened the scoring in the ninth minute of the match while Sunil Chhetri got the second in the 23rd. The third was scored by Faisal Ali in the 71st minute, while young striker Siva Sakthi got the fourth in the third minute of stoppage time.

The Blues coach Simon Grayson made six changes in his starting eleven while Priya Darshan of the Air Force made two.

The two substitutes of Bengaluru FC Udanta and Faisal combined well but credit should go to Suresh Wangjam takes the credit to chase the ball and delivered a cross across the face of goal with pin-point accuracy and Faisal coming in following the game, had an easy tap in.

In the other match, Odisha FC beat Kerala Blasters to win two games in a row.

Odisha FC have have a tough fight against a resilient Kerala Blasters side who held them goalless till half-time through astute tactical defending. Odisha FC’s foreign circuit Diego Mauricio and Saul Pedro scored the two.

Odisha FC took a few minutes to get hold of the game against a well defending Kerala Blasters side. The second half witnesses a lively Kerala but Odisha FC creating more chances.

Second half substitute Diego Mauricio then made an immediate impact after he ran behind the Blasters defence line and passed right. Issac Vanmalsawma met the ball right about at the centre of the box and finished smoothly for OFC’s first of the game.

The attacks and chances continued to come and the second goal came from a scramble inside the Blasters penalty box off a corner taken by Jerry. The ball was headed on target by Australian Osama Malik, yet another second-half sub and the rebound from the defender was latched on to by Saul Pedro, who tapped in to double the advantage.

India aim for better show against Belarus in international friendly 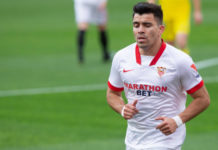 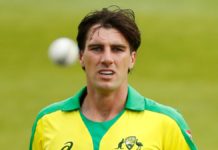 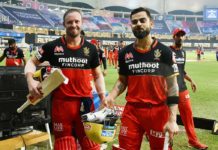 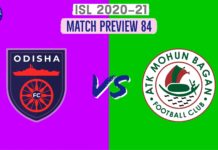