Dubai: The International Cricket Council (ICC) on Sunday welcomed three new countries – Mongolia, Tajikistan and Switzerland taking the Asssociate Nations tally to 94 in its AGM. In total, ICC has 106 members. However, Zambia’s membership has been cancelled due to continued non-compliance with ICC Membership Criteria, while Russia’s has been suspended for the same reason.

The meeting, which was conducted virtually, welcomed Mongolia and Tajikistan as the 22nd and 23rd members of the Asia region, whilst Switzerland is Europe’s 35th member. ICC General Manager Development, William Glenwright said, “All three applications demonstrated an impressive commitment to growing the game particularly amongst women and youth and we look forward to assisting them in achieving their potential.

“As cricket activity begins to emerge from the pandemic, we are at an exciting stage of cricket’s growth with ambitious plans and projects to deliver in partnership with our Members to not only navigate the impact of COVID-19 but also help achieve transformative growth for the sport globally,” he added.

Congratulations to Mongolia, Switzerland and Tajikistan, who are now among ICC's 94 Associate Members 👏

The Mongolian Cricket Association (MCA) which was established in 2007, became the official national administrator of the sport in 2018, the ICC release said.

“The MCA’s focus will continue to be the Schools’ Outreach Programme both in Ulaanbaatar and in the provinces, on inter-school competition and inter-province competition in the National Youth Games. We see this as the best way to sow the seed of cricket so that the sport becomes part of Mongolian life,” MCA president Battulga Gombo said.

Cricket in Switzerland was first played in 1817 and Cricket Switzerland (CS) was inaugurated as an association in 2014. “We are immensely proud and excited to have been accepted as an Associate Member of the ICC. This is a reward for all the people involved in cricket in Switzerland that has helped develop the game from a mainly ex-pat sport just ten years ago, to the established Swiss national sport that it is today,” CS president, Alexander Mackay said.

The Tajikistan Cricket Federation (TCF) was officially formed in 2011. They have 22 men’s teams and 15 women’s teams across four affiliated member associations. “This is a great incentive for us to focus on further accelerating the development work on our existing facilities, increase our capabilities in the areas of coaching and umpiring. The other areas on our priority list are high-performance programs for juniors and seniors’ both men and women,” TCF president Najibullohi Ruzi said. 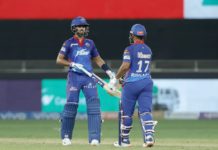 Legendary US gymnast Simone Biles pulls out of Tokyo Olympics over... 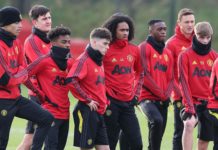 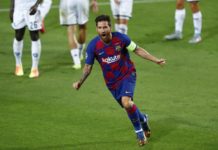 Jasprit Bumrah ties the knot with Sanjana Ganesan in Goa