Abu Dhabi : The Chennai Super Kings (CSK) and the Rajasthan Royals (RR) face-off in the Indian Premier League in Abu Dhabi on Monday (October 19). Both teams are struggling in this campaign, and the loser of this game will take a severe hit to their chances of qualifying for the playoffs. CSK and RR have 3 wins each, and are dwelling down the barrel in this campaign.

CSK had 17 runs to defend off the final over against the Delhi Capitals, but an unfortunate injury to Dwayne Bravo meant that MS Dhoni had to toss the ball to Ravindra Jadeja. We all know how that turned out, and to make matters worse, CSK coach Stephen Fleming confirmed that the West Indian might even be out for a couple of weeks.

RR, on the other hand, made the terrible mistake of giving Jaydev Unadkat the penultimate over of the run-chase against a rampaging AB de Villiers. Steve Smith’s captaincy is now heavily under the scanner, and they’ll need an improved performance – both on the field and tactically – if they are to get the better of CSK.

The eagerness to attack seems to have spread like wildfire amongst the CSK unit as well, with Ravindra Jadeja and Dhoni himself looking to take the ball from the word go if they come in to bat only in the latter stages of the innings.

With the change in approach visibly benefitting the Super Kings, one could expect a cracking encounter on Monday.

IND vs SL: What Ravichandran Ashwin said about Rohit Sharma’s... 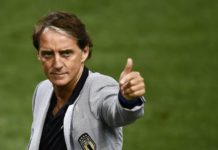 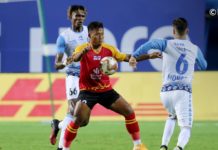 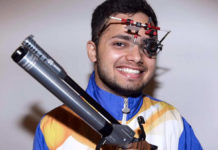