Ahmedabad: Kolkata Knight Riders finally returned in winning ways as they beat Punjab Kings by 5 wickets in the Indian Premier League (IPL) on Monday (April 26).First they restricted PBKS on 123/9 at the Narendra Modi Stadium through a collective bowling supremacy before skipper Eoin Morgan (47) and Rahul Tripathi (40) held the composure bringing the game over the line.

Earlier, KL Rahul and Mayank Agarwal gave a solid start to Punjab before Kolkata made a serious comeback. The landslide started right from the first dismissal as Rahul miscued one in the air finding Sunil Narine. Agarwal struggled throughout his innings of 34 ball 31 while youngster Shivam Mavi sent Chris Gayle home for a first ball duck.

Punjab found it hard to build on partnerships as KKR bowlers put on a splendid bowling performance. Sunil Narine (2/22) alongside Prasidh Krishna (3/30) were pick of the bowlers although Mavi had the most economical spell giving away just 13 while picking up the crucial wicket of Rahul in the powerplay. However, Chris Jordon’s quick fire 18 ball 30 sent PBKS to 123/9 in 20 overs

Kolkata, in reply had a poor start losing three wickets inside the powerplay. Narine being promoted up the order failed to impress. However, A crucial 66 run stand between skipper Morgan and Rahul Tripathi (40) eventually took the game away from Punjab even with Mohammed Shami (1/25) and Ravi Bishnoi keeping it tight from the start. Tripathi got dismissed trying to accelerate  but the unbeaten Morgan finally repaid the price and that too when it needed the most from him scoring a gritty unbeaten 40 ball 47. Cameos from Andre Russell (10) and Dinesh Karthik (12) helped KKR claim victory. 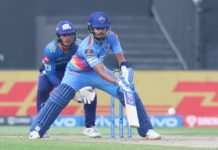 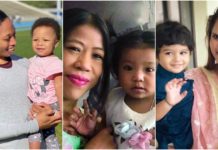 Meet the Super Moms who will embrace the Olympics in Tokyo 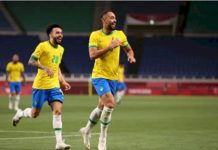 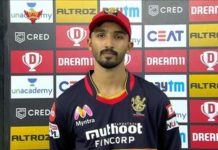 I was very nervous: Devdutt Padikkal after his IPL maiden fifty