Chasing 163, Chennai got off to a fatal start as they lost both their openers Shane Watson and Murali Vijay early on. Ambati Rayudu was in sparkling form and along with Faf du Plessis stitched together a 115-run stand to lead the charge. Rayudu’s 71, Du Plessis’ unbeaten 58 and Sam Curran’s 6-ball 18 was enough for Chennai to get over the line.

It wasn’t the ideal day with the ball for Mumbai as their strike bowler, Jasprit Bumrah had a rare off day. They started well with the ball with their new additions, Trent Boult and James Pattinson, as they struck in the very first two overs. That was the only major success their star bowlers pocketed.

Krunal Pandya, Bumrah and Rahul Chahar all bagged a wicket each but went over 9 runs per over denting their hopes of curtailing the run rate. Though Pattinson and Boult had a very good outing unfortunately that was not enough for the defending champions to get off to a winning start.

Earlier in the day, Mumbai Indians with the help of Saurabh Tiwary’s 42 and Quinton de Kock’s 33 notched up a total of 162/9. The team in blue started off on a high with Rohit Sharma and De Kock smashing it to all parts, but Chennai kept chipping away at the wickets time and again and restricted them to a par total.

This win is a credible achievement for Chennai as they remedied for last season’s loss in the final. With the win, the three-time champions have ended their 5-game losing streak against Mumbai. Bragging rights belonged to the side from the South of India on the opening day of the glitzy tournament

Real Madrid’s win over Borussia Monchengladbach ensures them CL round of... 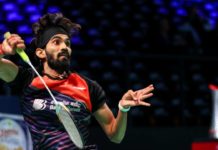 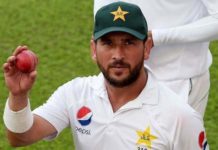 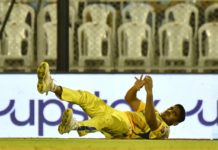 IPL 2021: Rajasthan Royals aim to come back on track against...