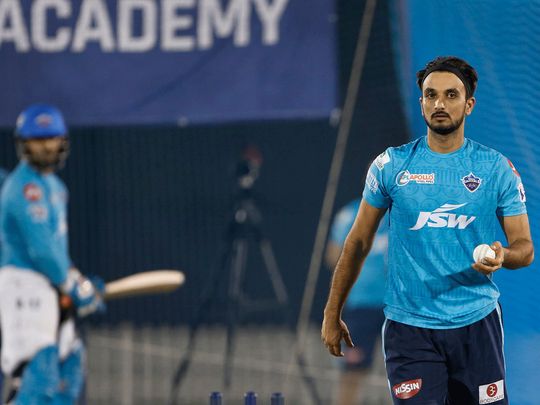 Dubai: Delhi Capitals all-rounder Harshal Patel has been performing outstandingly for the franchise in this season’s Indian Premier League (IPL). In 2019, he had an injury-laden season. So far, in this year’s IPL he took two wickets in his first two games and proved to be a reliable fifth bowling option for Shreyas Iyer and Co.

Speaking ahead of Delhi Capitals’ sixth match of the season against Rajasthan Royals on Friday (October 9) at the Sharjah Cricket Stadium. Patel said his team’s focus is always on execution regardless of whom they face.

“I think every team in the IPL is extremely competitive, and that’s why the quality of cricket is unparalleled. So when it comes to players like Jos Buttler, Steve Smith or Sanju Samson, you just have to focus on executing your skill. You do the planning in your team meetings, and when you get onto the field – it’s all about execution,” stated Patel.

With figures of 2-34 against Kolkata Knight Riders (KKR) in his first match and 0-43 against Royal Challengers Bangalore (RCB) in his second, Patel was honest in his self-assessment.

“It has been on par – to be honest, last match I felt I could have executed and planned a little better. But these things are part and parcel of the game, and you do get better as you keep playing. So, I’m hopeful I’m going to rectify those mistakes of the last game and continue to deliver the performances that I expect out of myself,” he added.

Couldn’t have asked for more from my first game of the season. Feels great to grab two more points. On to the next one…

Commenting on what his team has been focusing on improving ahead of their clash against Rajasthan Royals, Patel said they want to ensure that small mistakes are closed out. “We’re just talking about how we can get better – even though the last game we put on quite a clinical performance but the conversation has always been around what else we can do to get better, what else we can do to close out the small mistakes that we’re making.”

Having been a part of a high-scoring encounter at Sharjah already, Patel reckoned the margin for error will again be very little on Friday against Rajasthan. “Whenever you’re playing in a high-scoring game, you just have to be on top of your game all 24 balls that you bowl. The margin for error is very little, and at the same time you know that it’s going to be a high-scoring game – so it does take a little bit of pressure off of you, because you know everybody’s going to go for runs,” said the right-handed batsman.

“So you can be a little more relaxed in terms of your approach towards the game and just focus on executing whatever the batsman does – if he hits you off a good length, then you just have to accept that and move on,” added the 29-year-old.

With eight points from their five matches so far, Delhi Capitals look poised to have a top of the table clash with Mumbai Indians on Sunday (October 11), but Patel expressed his team is focused on performances in each match and don’t want to look too far ahead.

“It’s too early to talk about the Mumbai Indians game, because we have one more match (against Rajasthan) before that, and the points table is always going to be dynamic. All we have to focus on as a team is how we are preparing and how we’re executing our skills on the field. And if we take care of that aspect, then the points table is going to take care of itself,” he signed off. 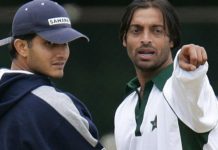 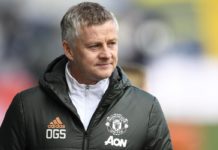 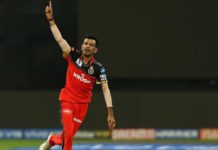 ‘I am obsessed with him’ BCCI chief Sourav Ganguly heaps praise...