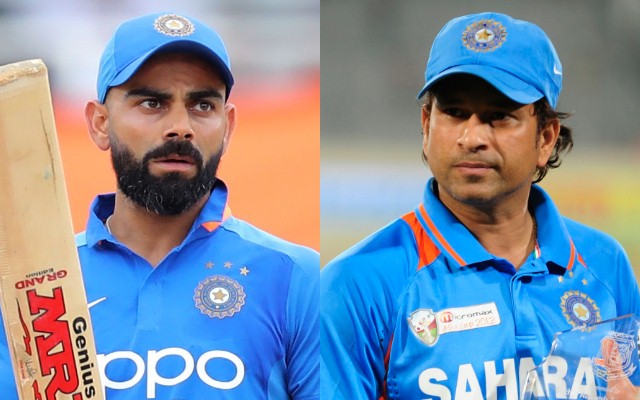 Canberra: India captain Virat Kohli crossed the 12000-run mark in the ODIs on Wednesday (December 2) during the final ODI against Australia in Canberra. Before the match started, Kohli needed 23 runs more to achieve the feat. He reached the mark in the first ball of the 12th over when he took a single off pacer Sean Abbott.

Thereby, Kohli broke Sachin Tendulkar’s 17-year-old record of being the fastest player to register 12,000 ODI runs in career. Tendulkar had reached the mark in his 300th innings (341st ODI) when he had smashed a boundary against Pakistan’s Shahid Afridi at Centurion in 2003.

Kohli will also be on the edge of equalling Sachin’s record of most ODI hundreds by an Indian player against Australia. If Kohli makes a ton, it will be his 9th ODI hundred against the Aussies.

“We will bat first. Looks a nice wicket and the last time we played here it was a really good wicket to bat on. Want to bat well and put the opposition under pressure. Need to improve the body language in the field and the bowling as well. It’s a result of us not being consistent in the last two games, we are gonna try a few things tonight and see how it goes,” Kohli said at the toss. 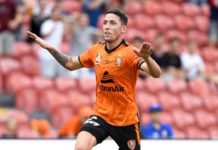 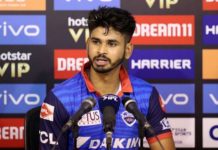 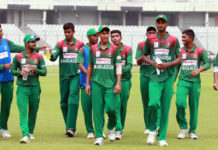 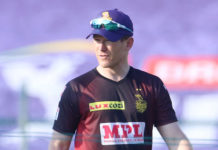