Tokyo: Sweden produced the first shock of the Tokyo Olympics when they outclassed four-time champions the USA 3-0 in Group G on the first day of the women’s football event on Wednesday.

Brazil too started their campaign with a bang thrashing China 5-0 with talismanic Marta scoring a brace. In another match of the day, Great Britain downed Chile 2-0. Elen White scored both the goals for Great Britain in the 17th and 72nd minutes.

Stina Blackstenius gave the fluorescent yellow and blues when she headed in a Sofia Jakobsson cross in the 26th minute. The USA looked pale in the entire first half with their only best chance coming in the 45th minute when Rose Lavelle’s shot hit the post.

The Americans continued to struggle in the second half too as Blackstenius was once again in action scoring in the 54th minute beating goalkeeper Alyssa Naeher. Lina Hurtig netted the third in the 72nd minute.

It was also the first loss for the United States under Vlatko Andonovski. The last time USA lost a match was 44 games ago. Meanwhile, Sweden were without Magda Eriksson because of injury.

At Miyagi Stadium, Marta became the first footballer in the world to score in five consecutive Olympics across gender. Marta opened the scoring for Brazil in the ninth minute before Debinha doubled the lead in the 22nd minute.

The 35-year-old was in action again scoring in the 74th minute before Andressa (80th) and Beatriz (89th) rounded off the rout. Marta’s teammate Formiga also etched her name in history, making her seventh Olympic Games appearance. 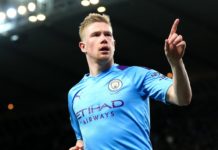 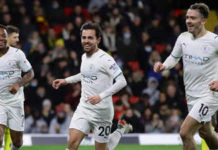 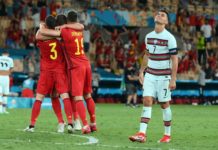