Tokyo: In yet another announcement on Wednesday, the Tokyo Olympics organisers said that alcohol consumption, giving autographs and hugs inside the stadium are strictly prohibited during the event next month.

Tokyo Oympics president Seiko Hashimoto warned festivities ‘will have to be suppressed’ to keep the Games safe, and conceded that organisers will need to be ‘creative’ to stoke a party atmosphere.

Previously, the organisers intended to consider this decision, however, there was widespread opposition to the idea of serving alcohol in sporting arenas and other venues where various events would be held.

Several news outlets grabbed on the concept of consideration, describing the government’s double standards as blatant and arbitrary. They compared allowing stadiums to serve alcohol with no restrictions to the strict rules imposed on restaurants that had suffered due to a lack of sales.

Residents have been subjected to time restrictions for public drinking at restaurants or pubs as a result of the new lockdown measures. According to reports, Asahi Breweries, a well-known alcohol company, and Olympic sponsor was the one who put pressure on the Olympic organising committee to allow alcohol to be served at the venues.

Moreover, several measures had been imposed on the athletes who would be taking part in the Tokyo Olympics. So far, the organisers have been controlling the entire scenario very strictly. They even banned public cheering and applauding at the stadiums and also mentioned wearing masks and maintaining protocols while the event would be going on.

Dominik Mysterio impresses on his in-ring debut against Seth Rollins at... 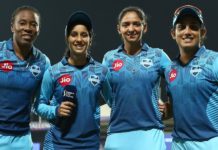 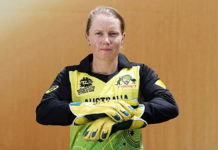 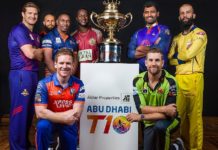 Abu Dhabi T10: Team composition and all you need to know... 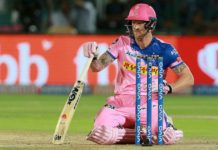