Tokyo: Tokyo Olympics bronze medallist PV Sindhu has stated that quitting the Gopichand Badminton Academy was the ‘best decision of her life’. The Indian, who won the 2016 Rio Olympics silver medal under India’s chield coach Gopichand, moved her training base to the Gachibowli Stadium in February.

Following Sindhu’s move, the 26-year-old was subject to a lot of criticism with many stating the Sindhu-Gopichand relationship has fallen apart for personal reasons. “There was no controversy (with Gopichand),” Sindhu told reporters in a media interaction facilitated by the Sports Authority of India (SAI).

With Sindhu winning a medal in Tokyo, all those criticism has fallen apart. “Gachibowli is an international stadium and the conditions are similar to what we get in big tournaments like the Olympics,” she added.

“In Tokyo, the drift was playing a big role in judging aerial shots and at Gachibowli I had got used to these things. Our decision stands vindicated and I am really happy for that,” said Sindhu.

This was also the first major success for Sindhu’s Korean coach Park Tae-Sang. The world champion also thanked the Korean for making a wholesome of sacrifices and making her a better player in the last year when the world was going havoc because of the COVID-19 pandemic.

“Yes, the pandemic created delays and a lot of unhappiness but for me it was a good time to learn a few things from Park. He is such a sweet coach and I will like to have him in Paris 2024,” Sindhu said.

Such was the impact from Park, Sindhu didn’t even miss Gopichand in Tokyo. “We made several eye contacts during the knockout games. Those are special things between a player and coach,” explained Sindhu.

“Mr Park has really calmed me down during the tense moments. The only two Hindi words he has learnt is ‘Aaram Se’ (just relax) and he has used them well during the semis and the bronze medal game (against China’s He Bing Jiao),” added a smiling Sindhu. 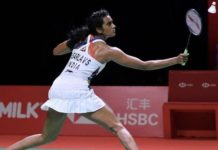 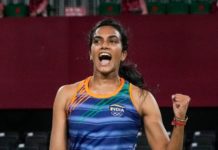 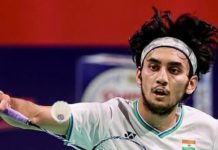 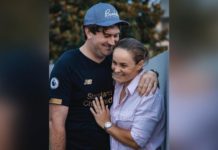 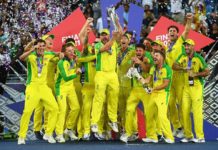 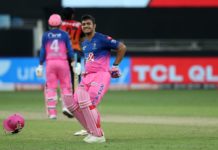 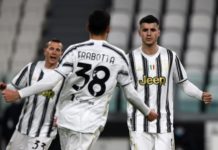