Kolkata: Guardian has listed footballers for the next generations and the first Indian to be featured in this list is Bikash Yumnam. The 17 year old defender came through ranks of academy of I-League side Minerva Punjab has drawn attention of many clubs in India and has quickly become one of the household names of Indian Football. He went to AIFF developmental side Indian Arrows on loan to get playing time for the 2019-20 season of the I-League making 9 appearances.

Congratulations to Minervan @bikash_yumnam_ who became the first & only Indian footballer to get featured in @guardian’s Next Generation 2020: 60 of the best young talents in world football 💐💐💐 #Warriors #TheFactory #TheOnlyIndianClub

Speaking on it with joy, Mr. Ranjit Bajaj, Owner of the Minerva Academy stated, “it’s great news and brings me immense joy and pride that my boy Bikash got featured in such a prestigious list. It’s a matter of pride for me and Minerva and for the whole country perhaps as he is the first and only Indian player to get featured with lots of stars of tomorrow in world football.”

“He has huge potential, everyone here appreciates him, he has the attributes to become a great player. He is a young player who of course will have to be protected, but at the same time should be given space to grow and reach his potential. He is a serious kid, always on time for training, and has a certain modesty but on the pitch, he leads the team and always wants to win as a team. He is an example for many in the academy and I hope we can produce such talents in years to come.”
Mr. Bajaj added

Calm and Composed on the ball with a great ability to read the game and has a long throw-in in his amour to show, Bikash is a fast and strong central defender with all the modern day attributes. His progression has been rapid. He also played for India in the 2018 U-16 AFC Championship for India where the team reached the quarter-finals without even conceding a single in the group stages. With India’s senior men coming up the FIFA rankings and improving over the years, This is certainly a great news for the Indian Football

Cristiano Ronaldo scores a brace on return after overcoming COVID-19 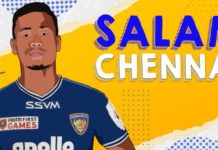 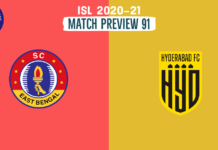 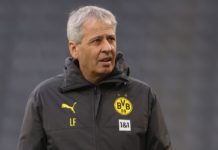 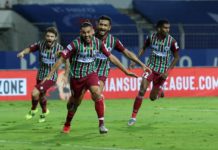