Amritsar: Indian batsman Cheteshwar Pujara performed for hours, took body blows but did not let his guard down for a single bit in the recently-finished four-match Test series against Australia which India won 2-1.

Pujara, who had scored three hundreds in India’s 2018-19 tour, once again ended up as India’s highest run-scorer but this time around without scoring a century. Pujara did not get to three figures in the four Tests but his contributions in the Sydney and Brisbane Tests were exceptional.

India’s No.3 scored three fifties and all three of them came at a major point, the third one probably more important than the other two. “He was fantastic even in the last series. His fifty was so crucial. He held one end up and other people went there to score runs,” Harbhajan told India Today.

“He’s someone very very important, I will always pick him in my all-time XI because he is the one who lets the others play the way they want to and achieve whatever the target is in front of us,” Harbhajan added. He totalled 271 runs with a strike rate of 29.2 but more importantly faced 928 balls the most of any batsman in the four-test series.

“It was a great series. We started very confidently, having played well last time (2018-19). We started off well, we were ahead on the first two days at Adelaide. Then, on the third day, in one hour, we lost the game.”

“There was a disappointment, but the way we came back, it was one of the best comebacks in my cricketing career. If I have to rate the best Test series against Australia, I will be confused between the 2017 series at home, the series in 2018-19, and this one. With the side we had, this one will be one of the best,” Pujara told Hindustan Times in an interview.

IPL 2021: Hunt for play-offs at stake as Kolkata Knight Riders... 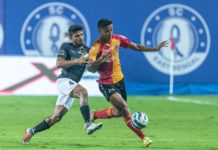 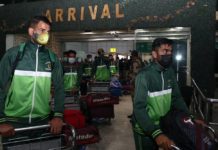 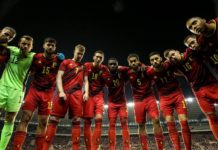 Will be focusing on executing our skills: Harshal Patel ahead of...