Kochi: Indian pace bowler S Sreesanth came out of ban that was imposed against him due to the spot-fixing in the match of 2013 IPL, the ban was extended for seven-year in August 2019. The long ban by the BCCI finally came to an end on Sunday (September 13).

The right-handed batsman is free to play from Monday (September 14) onwards. “I have got freedom, freedom to play again. It’s a massive relief. I don’t think anyone else will understand what it means to me,” Sreesanth told TOI.

All the best for your comeback ! rock on 🔥🔥😍#SreesanthSecondSpell @sreesanth36 pic.twitter.com/Iih6VaOlMl

Although, COVID-19 pandemic has led domestic cricketing front in the country to a halt and he was planning to organise a local tournament in Kochi, but the coronavirus cases in Kerala is increasing.

“After a long wait, I can play again but there is no place to play in the country now. I even planned to organise a local tournament in Kochi this week so that I could step on to the field but decided against it looking at the risks involved, as the number of coronavirus cases in Kerala is increasing,” Sreesanth expressed his sadness.

With nowhere to play, the 37-year-old said he even thought of quitting his cricket career due to the pandemic situation domestic cricket is also under discussion.

“From last May, I have put my heart and soul into training looking forward to playing again. So when I read reports suggesting that the domestic cricket in India may be a non-starter this season, I was shattered. I even thought of quitting the game. But then I thought I wouldn’t be doing justice to myself as all the efforts I have made to play the game again for all these years would have gone down the drain,” Sreesanth further added.

“My mother, who had to amputate one of her legs, also served as an inspiration. She asked me not to give up and I promised her I won’t,” disclosed Sreesanth.

I’m completely free of any charges nd anything nd now gonna represent the sport I love the most.will give my very best to every ball I ball even it’s just practice.just have another 5 to 7 years max to give it all I’ve got nd I will give the very best to any team I play

The seam bowler has played 27 Test matches with 87 wickets, 53 matches in ODI with 75 wickets. He is also the first Kerala Ranji player to have played T20 cricket for India. In the Indian Premier League (IPL), he played for Rajasthan Royals.

Sreesanth is hopeful that BCCI will hold some set up of domestic season as the career of many players in the country depend on it. “My first priority is to prove my fitness and represent Kerala in domestic cricket. But if the domestic season in India is cancelled, I will have to look at other options. If there is no cricket here, then I might as well request the BCCI to allow me to play abroad,” he concluded. 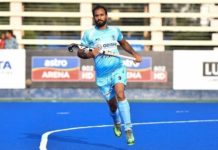 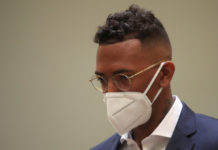 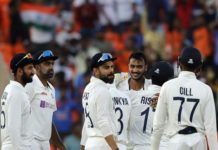 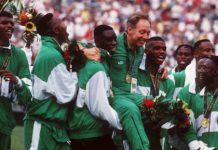 I heard a lot about Delhi Capitals, looking forward to work...