“It did not impact my preparation much for the Olympics. I think the (break during) pandemic was very useful because I got to learn more and focus more on my technique and skills. I would say definitely it has (helped),” Sindhu told PTI.

Due to the coronavirus pandemic, the 2016 Rio Olympics silver medalist was out of the competition since the majority of sporting events were canceled for almost the entire 2020. Sindhu started training at the Suchitra Academy in Hyderabad, but the 26-year-old flew to London in October to train at the National Training Centre alongside British shuttlers Toby Penty and Rajiv Ouseph.

“Most of the time, we don’t have enough time to train. So I think this was the first time that we’ve got enough time to actually train and get ready for the Olympics,” Sindhu said. The World No.7 returned to competitive action this year at the Thailand Open. In March, she reached the final of the Swiss Open and the semifinals of the All England Open.

With the Malaysian Open and the Singapore Open cancelled due to the COVID, Sindhu had been training in Hyderabad under the strict supervision of her new South Korean coach Park Tae Sang since then.

The Padma Bhushan awardee has been grouped in Group J in the women’s singles alongside Hong Kong’s Cheung Ngan Yi and Israel’s Kselina Polikarpova. She will begin her campaign against Polikarpova on July 25.

“I’m sure there will be expectations, responsibilities like always but I just hope that with the fans’ love and support, I’m gonna be there, get a medal, and come back,” Sindhu said. With Carolina Marin – against whom she lost her gold medal match in the 2016 Rio Olympics, Sindhu has a bright chance to clinch the gold.

However, Sindhu would miss the spectators. “I’m going to miss a lot of fans. Back then in Rio (de Janeiro), it was very different. But I think we have to get used to the situation, the new normal. Overall, we are also practicing in a way where you know we need to get used to it,” she concluded.

The rest of the Indian badminton contingent includes B Sai Praneeth and men’s doubles pair of Satwiksairaj Rankireddy and Chirag Shetty. 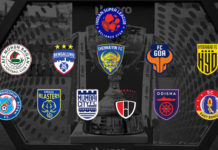 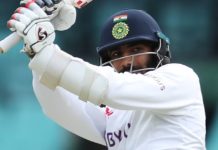 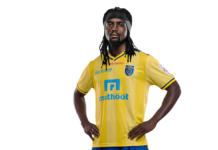 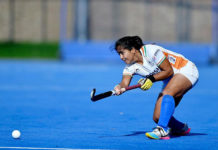 Vimal Kumar condemns the withdrawal of Asian teams from Thomas &...