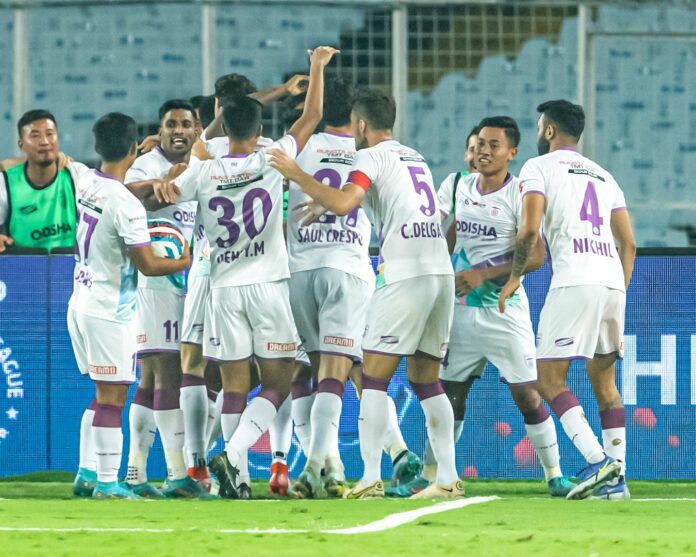 Kolkata: Odisha FC surprised the host, East Bengal FC in a swirling second half. Going 2-0 down and struggling to attack in the first-half, the Juggernauts made the unbelievable happen. Semboi and Mahesh scored for the Red and Gold while Pedro Martins, Jerry Mawia and Nandha Kumar steal the show for the Juggernauts.

At about the 1st quarter of the match, Mahesh Singh passed to unmarked Cleiton Silva but goal chance got ruined by Carlos. The deadlock broke at 23rd minute. D’oherty crosses the ball to an onside VP Suhair, who then squares it further to Semboi Haokip, who makes no mistake to make it inside the nets.

Mahesh shone bright in the 30th minute. Scoring from a similar situation of the previous goal, Noarem Mahesh brought the second for East Bengal FCFC with the pass coming from Suhair.

Looking for counter, Odisha FC made a couple of attempts which were cancelled. Some magical work from Nandha kept the ball in the game. Raynier gets his head to it but the ball flies just over the bar. Odisha FC came close in the added time but Kamaljit and defence managed to clear the threat.

The second half changed the pace and style of the game. Odisha FC came off with a strong mindset and attack. After some struggles, Odisha FC found the net. The Juggernauts scored two within a minute, just two minutes after the referee blew for the final half.

With his first touch after being brought in as a replacement, Pedro Martins cuts the deficit for the visitors. After eluding a defender, the striker unleashes a powerful shot towards the far corner of the goal.

Diego wins the header and Pedro slots in to equalise. Game On!

Pedro Martins seems to have a fantastic game. Scoring his second goal of the contest just three minutes after coming off the bench. Mauricio, who assisted on the opening goal, heads the ball into the path of Martins, who scores the equalising goal with ease by putting the ball beyond Kamaljit Singh.

In the 53rd minute, Charis Kyriacou goes off with a bloody head injury, Lima comes in to replace for East Bengal FC. The host seems to lose the control and possession as the visitors make strong attacks.

Jerry confirmed the visitor’s victory. Coming as a substitute, Jerry thumped a header with to put his team ahead in the 66th minute. Josep Gombau seem to use the best from the bench tonight.

Long ball from Saul Crespo, Nandha chests it down, goes past Sarthak, and sends the ball into the back of the net.

After ten minutes, Nandha Kumar of Odisha FC outwits Sartak to blast the ball off Kamaljit. The Juggernauts, made a complete turn around within thirty minutes of the second half. Using his bench well, Gombau’s game plan surely beat Stephen Constantine. 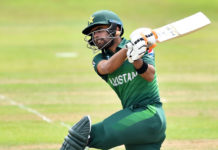 Naseer Hussain wants Babar Azam to play in the IPL 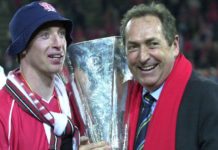 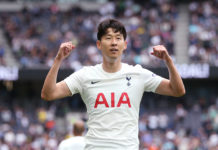 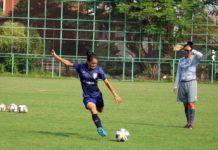 Bomb explosion in a bus kills four footballers in Somalia