New Delhi: The Indian hockey teams have formally withdrawn from the 2022 Commonwealth Games, citing, among other concerns, the Covid-19 crisis in the United Kingdom and the necessary 10-day quarantine requirement for Indians.

Hockey India made a statement noting that their objective is the Asian Games next year, which is the continental qualification tournament for the 2024 Paris Olympics while they called England the worst-affected country in Europe.

Although, the Commonwealth Games will be held in Birmingham from July 28 to August 8 next year, there is only a 32-day gap before the Asian Games, which will be held in Hangzhou, China, on September 10.

Hockey India withdraws from 2022 Commonwealth Games due to be held in England over COVID concern pic.twitter.com/k9bAuEKylo

The sports body requested that the organisers be notified in advance in a letter addressed to Indian Olympic Association President Narinder Batra, “It is pertinent to mention that due to the ongoing COVID-19 situation, England have issued guidelines that 10 days quarantine is required for Indian arrivals in England, even for those who are fully vaccinated, since unfortunately the Indian vaccinations are not yet recognised by the English government.

“Such discriminatory restrictions were not imposed on Indian athletes and officials during the recent Tokyo Olympic Games and this 10 days quarantine requirement for vaccinated sports persons will affect their performances. We feel these restrictions are biased against India and term it as very unfortunate,” said the letter signed by Hockey India President Gyanendro Ningombam.

Meanwhile, the Indian hockey players returned to training in Bengaluru on Monday after a well-deserved rest following their Olympic glory in Tokyo. According to a SAI press release, all COVID-related protocols were strictly adhered to in the camp. All of the players and support staff have undergone a Rapid Antigen Test (RAT) and are being quarantined in separate rooms.

It was pre-planned and there couldn’t have been a better day:... 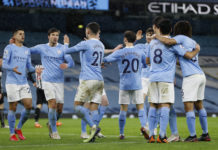 My son will not stay at Barcelona, says Jorge Messi 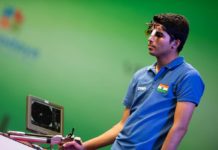