Delhi: With only 50 days left for the commencement of the 2020 Summer Olympics, the Indian Olympic Association unveiled the brand new playing and ceremonial attire for the Indian contingent that will participate in the game scheduled to held from 23 July to 8 August 2021 in Tokyo. The unveiling ceremony was held on Thursday (June 3).

The kit will resemble the Indian flag’s tri-colour- Saffron, White and Green. Orange, blue, white and green are the dominant colours on the T-shirts, shorts, and tracksuits. Each athlete would receive four sets of the playing kit. The designs were curated by IOA with the supports of designer Iditri Goel.

The official kit on Team Indian was unveiled by the Minister for Youth Affairs and Sports, Kiren Rijiju in the presence of IOA President, Dr Narinder Dhruv Batra and Secretary-General Rajeev Mehta. The sports minister said, “I am happy to say that our athletes are well prepared for the biggest sporting event and as our Honourable Prime Minister has said, the entire country must rally behind our athletes so that they are motivated to give their best at Tokyo. I urge every Indian to cheer for the Indian squad.”

Unveiled the #TEAMINDIA OFFICIAL OLYMPIC KIT on the occasion of 50 Days Countdown to Tokyo Olympics.
Entire nation will be cheering for our athletes in one chorus! India..India.. pic.twitter.com/z9T0kwZJNK 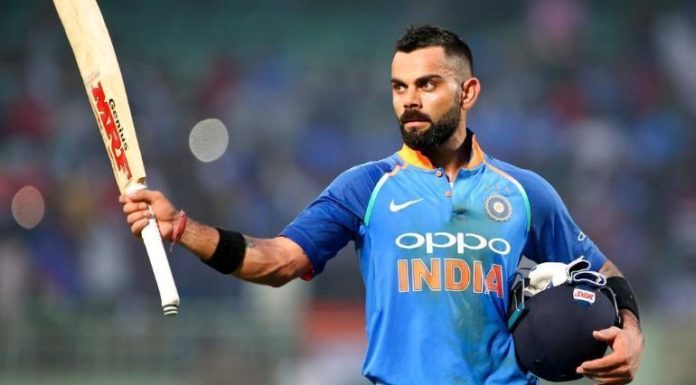 Mark your calendars as India vs Australia full schedule announced

IPL 2020: All you need to know about mid-season transfer window

Pandemic has been really hard, but Vijaykumar draws inspriation from the...