Panaji: Spaniards have tasted a lot of success in the Indian Super League (ISL) over the years, irrespective of their roles and positions. From former Atletico de Kolkata star Luis Garcia to ATK Mohun Bagan’s Tiri as well as former coaches Sergio Lobera and Antonio Lopez Habas.

Speaking of Habas, and his unforgettable title-winning stint with Atletico de Kolkata in 2019-20 season, along with Tiri’s efforts, one name that too deserves credit is Victor Mongil.

The 29-year-old came to India in 2020 January transfer window and paired up with Tiri to form the heart of the ATK defence and played a vital role in lifting the title.

However, Mongil returned to his former club FC Dinamo Tbilisi leading them to the Georgian top-division title before making a comeback to India under head coach Kiko Ramirez at Odisha FC in the previous ISL season.

Hello @IndSuperLeague , I'm back! Very happy to join this great project @OdishaFC I am looking forward to the day that we enjoy an incredible season. Come on Odisha! See you soon 💜🇮🇳🙏🏻🍀 #AmaTeamAmaGame pic.twitter.com/7CKqoyMN22

Ramirez was replaced by Kino Garcia midway in the last season. Having plied his trade under three different Spanish coaches in India, Mongil mustered a lot of knowledge that helped him in leading the club.

“You always have to keep the best of every coach with you. The three coaches I have played under are very good. For me, as a player, it has been a pleasure to be with and learn from each of them,” Mongil told Sportslight Media in an exclusive interview.

“The relationship I have with each of them is excellent, and that shows how incredible they are as people,” claimed Victor Mongil, who played five matches in the 2019–20 UEFA Europa League for FC Dinamo Tbilisi.

“It is always better to have the best coach and the player in the same team and not in the other team that you have to face,” added the star in a jest. While Mongil claimed to have kept the best lessons from the coach to himself, his statistics with the different clubs are proof of the consistency and the versatility of the player.

Playing 19 games in the 2021-22 ISL season, Mongil made 728 passes along with 924 important touches. The star defender also made some 70 important clearances with 27 interceptions in averting away the danger for the Odisha FC.

Looking back at his statistics from the 2019-20 session, when he joined ATK, the defender has almost similar rate despite playing only nine games. He made 48 important clearances and 11 interceptions establishing his name in the league as one of the incredible defenders.

Victor Mongil’s numbers suggest how coherent and adaptable the defender is as he led his team’s way through the most adverse situation. Along with Hector Rodas, the Spanish duo served as rock-solid pillars at the back for the Kalinga Warriors.

With both players fulfilling their roles, the Odisha FC fans have Kiko Ramirez to credit with the formation of the heart of their defence. However, Ramirez’s tenure was cut short due to a string of poor performances where he managed only two wins from the first seven games.

With Odisha FC slipping to ninth position at that time, the management decided to hand over the reigns to assistant coach Garcia who did a brilliant job to keep their playoff hopes alive for a short period of time before finishing sixth.

Assessing the season, Mongil was candid it wasn’t as satisfactory as one would want but good. “It has been a good season. Although we would have liked to have us in the play-off spot, it was still a good season,” asserted Mongil.

Since the emergence of COVID-19, ISL has been played behind closed doors in Goa with the organisers allowing spectators for the first time in two years in the final match between kerala Blasters and Hyderabad FC. Hyderabad FC lifted their maiden title.

However, he remained optimistic about the upcoming season. “It has been hard to compete with the COVID restrictions and bio-bubble but I am sure this coming season everything will improve as normalcy returns,” continued Mongil.

“With the fans returning to the stadium, we will be feeling the support. The fans are the 12th player for us,” the Spaniard added, who was named the Odisha FC’s skipper along with Vinit Rai and Rodas.

Vinit Rai, Victor Mongil and Hector Rodas appointed as the captains of @OdishaFC in the upcoming #HeroISL 2021-22 season.

Leading a side isn’t a cup of anyone’s tea. “I am a very competitive player, I always try to take everyone to the maximum of their abilities. As a team, we have tried and given our everything.” said Mongil when asked about his responsibilities.

“For me every moment and I have given my 100 per cent of abilities,” he added.

Odisha FC will be back with rejuvenated spirits to claim their way back at the top of the tables with pre-season preparatories starting soon . 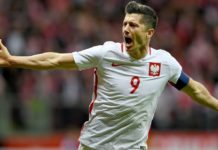 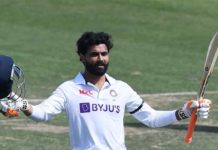 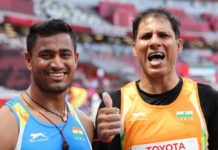 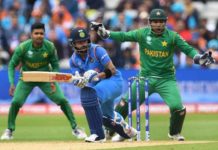 Exclusive: That day we didn’t lose to India but MSD: Shuvagata...