Lyon: The draws for the group stages of UEFA EURO 2020 were announced on Friday (November 13). But to some extent, this will more likely be a EURO 2021 due to the current pandemic situation with the tournament being pushed a year later and it will commence in June next year.Meanwhile this time the tournament is being designed with fixture being held all across Europe as a celebration for the 60th anniversary of the first ever tournament (though strictly it is 61 years).

Which game are you looking forward to most?

England and Scotland are drawn into group D and this fixture will be certainly be a one to watch considering how old the rivalry is between them with another side in the group Croatia looking to make an upset again . The Netherlands qualified for the EURO finals after missing out in 2020 and they will compete in group C. Two time champions of this tournament Spain is ready to battle it out again for the title as Luis Enrique’s men are drawn in group E.

Group B will see a talented Belgium sweat it out against Denmark, Russia and Finland while Group A seems to be a balanced group will all four of them being contender to go for the knockouts with Italy who had been a winner of this tournament before and Wales who were the semi-finalist in the last edition will be looking to make a statement.

But Group F is considerably the group of death as defending champions Portugal are being drawn with the World Cup winners and last time’s runners-up France along with three time winners of this tournament Germany and a certain Hungary who will face tough time.

The tournament will start on June 11, 2021 with Italy kicking-off the tournament against Turkey at the Stadio Olimpico in Rome.

Matches will be played Rome and Baku

Matches will be played in Copenhagen and St Petersburg

Matches will be played in Amsterdam and Bucharest

Matches will be played in London and Glasgow

Matches will be played in Bilbao and Dublin

Matches will be played in Munich and Budapest 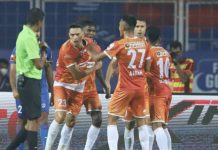 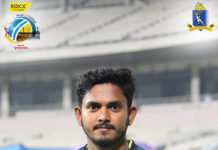 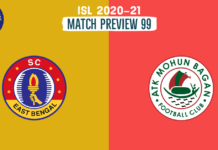 Why does Cristiano Ronaldo fights with his own son?